Every year, WOTC sends out a one-off, one-of-a-kind holiday promo card to celebrate the holiday season and reward a lucky few players for their contributions to the game.

Some of these wouldn’t look too out of place in a regular set: 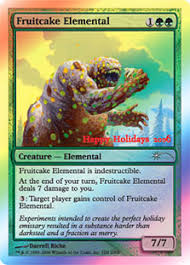 Whilst others might have the floor judge scratching their head:

This year’s card has just been announced, and it definitely falls into the latter category. It’s the 21st century take on Chaos Orb, and it’s called Goblin Sleigh Ride: 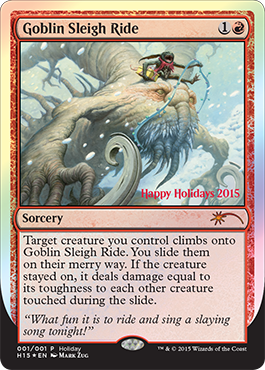 What do you think? Cool concept or too wacky to make the cube? What would you give to own one of these gems? (Or, if you own one, how many kidneys did it cost you?)